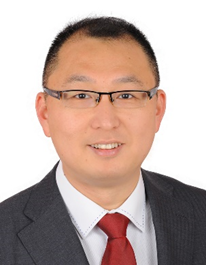 Prof. Tao Han received his Dr.E. degrees in Instrument Science and Technology from Shanghai Jiao Tong University in 2002, and has been promoted to a tenured professor in 2017. He has ever been a visiting professor at Tohoku University, Japan in 2003; at Chiba University, Japan in 2013; at Lorraine University, France in 2019, respectively. At present, he is serving as a TPC member of IEEE Ultrasonics Symposium (Group 4).
Dr. Han’s research interests include precise modeling of acoustic wave devices, wireless and passive sensing system, and ultrasound-based measurement. His research group has developed surface acoustic wave wireless sensing systems, which have been successfully used for the temperature monitoring of the electric-power equipment. He was sponsored by the program for new century excellent talents of Ministry of Education of China in 2012, and he was invited as an invited speaker and a tutorial lecturer in 2016 IEEE Ultrasonics Symposium on surface acoustic wave based wireless sensors.