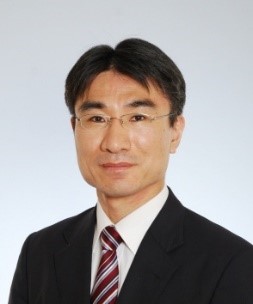 Prof. Shuji Tanaka received B.E., M.E. and Dr.E. degrees in mechanical engineering from The University of Tokyo in 1994, 1996 and 1999, respectively. He was a Research Associate at Department of Mechatronics and Precision Engineering, Tohoku University from 1999 to 2001, an Assistant Professor from 2001 to 2003, and an Associate Professor at Department of Nanomechanics from 2003 to 2013. He is currently a Professor at Department of Robotics and Microsystem Integration Center. He was also a Fellow of Center for Research and Development Strategy, Japan Science and Technology Agency from 2004 to 2006, and a Selected Fellow from 2006 to 2018. In FY2017, he served as the President of Micro-Nano Science & Engineering Division, Japan Society of Mechanical Engineers (JSME). At present, he is serving as the Vice-Chair (Group 4 Chair) of Technical Program Committee (TPC) of IEEE International Ultrasonics Symposium and an AdCom member of IEEE UFFC Society. He will also serve as General Chair of IEEE MEMS 2022 and TPC Chair of Transducers 2023. His research interests include MEMS sensors, acoustic wave devices, piezoelectric devices and materials, and wafer-level packaging and integration. He is an IEEE Fellow and a JSME Fellow.