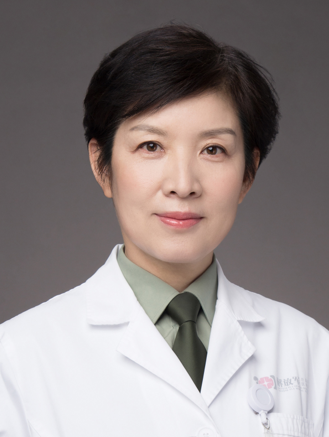 Prof. Ping Liang, M.D., is chairman and tutor of doctor of Ultrasound Department in the Fifth Medical Center of Chinese PLA General Hospital. She is recipient of the National Science Fund for Distinguished Young Scholars. And she currently serves as the chairman of Ultrasonic Committee of Chinese Medical Association and Interventional Oncology Committee of Chinese Research Hospital Association, one of the Board Member of Asian Federation of Societies for Ultrasound in Medicine and Biology, and one of the Board Member of Asian Conference on Tumor Ablation.
Her major scientific interests are ultrasonic intelligent diagnosis of focal liver lesions and chronic liver disease based on big data, microwave ablation and radiofrequency ablation treatment of solid tumors in multiple organs (liver, kidney, adrenal gland, spleen, thyroid, breast, metastatic lymph nodes, etc.); Prof. Liang has been granted by 20 national and provincial research projects, including the Major National Projects on Scientific Research Instrument Development and International Cooperation Projects from the Ministry of Science and Technology. She has published 150 SCI articles. Prof. Liang edited the first monograph on thermal ablation in China: ultrasound-guided percutaneous microwave ablation therapy of liver tumor, and has been invited by the internationally renowned Elsevier publishing house to preside over the editing of an English monograph. She has obtained 14 patents at home and abroad, and won 9 awards, including: Second Prize of the State Technological Innovation Award, Second Prize of the State Science and Technology Advancement Award and so on.