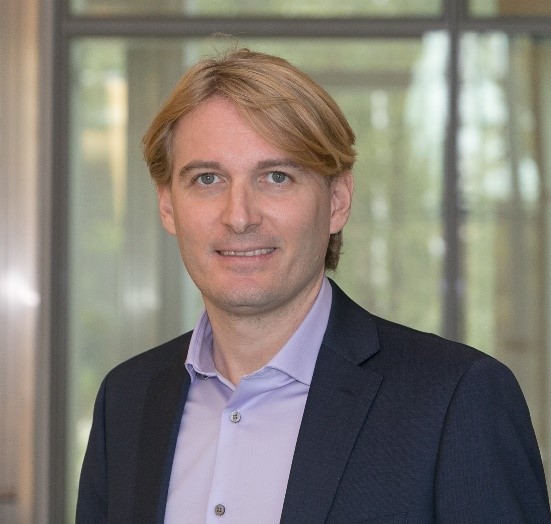 Andrea Alù (S’03, M’07, SM’12, F’14) is the Founding Director of the Photonics Initiative at the Advanced Science Research Center, City University of New York (CUNY ASRC). He is also the Einstein Professor of Physics at the CUNY Graduate Center, Professor of Electrical Engineering at the City College of New York, and Adjunct Professor and Senior Research Scientist at the University of Texas at Austin. He received the Laurea, MS and PhD degrees from the University of Roma Tre, Rome, Italy, respectively in 2001, 2003 and 2007. After performing postdoctoral research at the University of Pennsylvania, in 2009 he joined the faculty of the University of Texas at Austin, where he was the Temple Foundation Endowed Professor until 2018. In 2015 he was the Royal Netherlands Academy of Arts and Sciences (KNAW) Visiting Professor at the AMOLF Institute in the Netherlands.
He is the co-author of over 600 journal papers and 35 book chapters. He has organized and chaired various international symposia and conferences, including several of the Metamaterials conference series, and has been the technical program chair in several conferences, including the IEEE AP-S Symposium in 2016. His current research interests span over a broad range of areas, including metamaterials and plasmonics, electromangetics, optics and nanophotonics, acoustics, scattering, nanocircuits and nanostructures, miniaturized antennas and nanoantennas, RF antennas and circuits. He is currently an Associate Editor of Applied Physics Letters and serves on the Editorial Board of Physical Review B, Advanced Optical Materials, Laser and Photonics Reviews, New Journal of Physics, Roadmaps in Electromagnetics, EPJ Applied Metamaterials and ISTE Metamaterials. He served as Associate Editor for MDPI Materials, IEEE Antennas and Wireless Propagation Letters, Scientific Reports, Metamaterials, Advanced Electromagnetics, and Optics Express. He has guest edited special issues for the IEEE Journal of Selected Topics in Quantum Electronics, Proceedings of IEEE (twice), IEEE Transactions on Antennas and Propagation, IEEE Antennas and Wireless Propagation Letters (twice), Nanophotonics, Journal of Optics, Journal of the Optical Society of America A and B, Photonics and Nanostructures - Fundamentals and Applications, Optics Communications, Metamaterials, and Sensors on a variety of topics involving metamaterials, plasmonics, optics and electromagnetic theory.
Dr. Alù has been serving as the President of the Metamorphose Virtual Institute for Artificial Electromagnetic Materials and Metamaterials, as a member of the Administrative Committee of the IEEE Antennas and Propagation Society, as an OSA Traveling Lecturer since 2010, as an IEEE AP-S Distinguished Lecturer since 2014, and as the IEEE joint AP-S and MTT-S chapter for Central Texas. He is a Simons Investigator in Physics since 2016 and Director of the Simons Collaboration on Extreme Wave Phenomena since 2020. He is a full member of URSI, a Fellow of IEEE, NAI, AAAS, OSA, SPIE and APS, and a Highly Cited Researcher (Clarivate Web of Science) since 2017. Over the last few years, he has received several awards for his research activities, including the IEEE Kiyo Tomiyasu Award (2020), the DoD Vannevar Bush Faculty Fellowship (2019), IUMRS Young Researcher Award (2018), ICO Prize in Optics (2016), the inaugural MDPI Materials Young Investigator Award (2016), the Kavli Foundation Early Career Lectureship in Materials Science (2016), the inaugural ACS Photonics Young Investigator Award Lectureship (2016), the Edith and Peter O’Donnell Award in Engineering (2016), the NSF Alan T. Waterman Award (2015), the IEEE MTT Outstanding Young Engineer Award (2014), the OSA Adolph Lomb Medal (2013), the IUPAP Young Scientist Prize in Optics (2013), the Franco Strazzabosco Award for Young Engineers (2013), the SPIE Early Career Investigator Award (2012), the URSI Issac Koga Gold Medal (2011), an NSF CAREER award (2010), the AFOSR and the DTRA Young Investigator Awards (2010, 2011), Young Scientist Awards from URSI General Assembly (2005) and URSI Commission B (2010, 2007 and 2004). His students have also received several awards, including student paper awards at IEEE Antennas and Propagation and URSI Symposia.