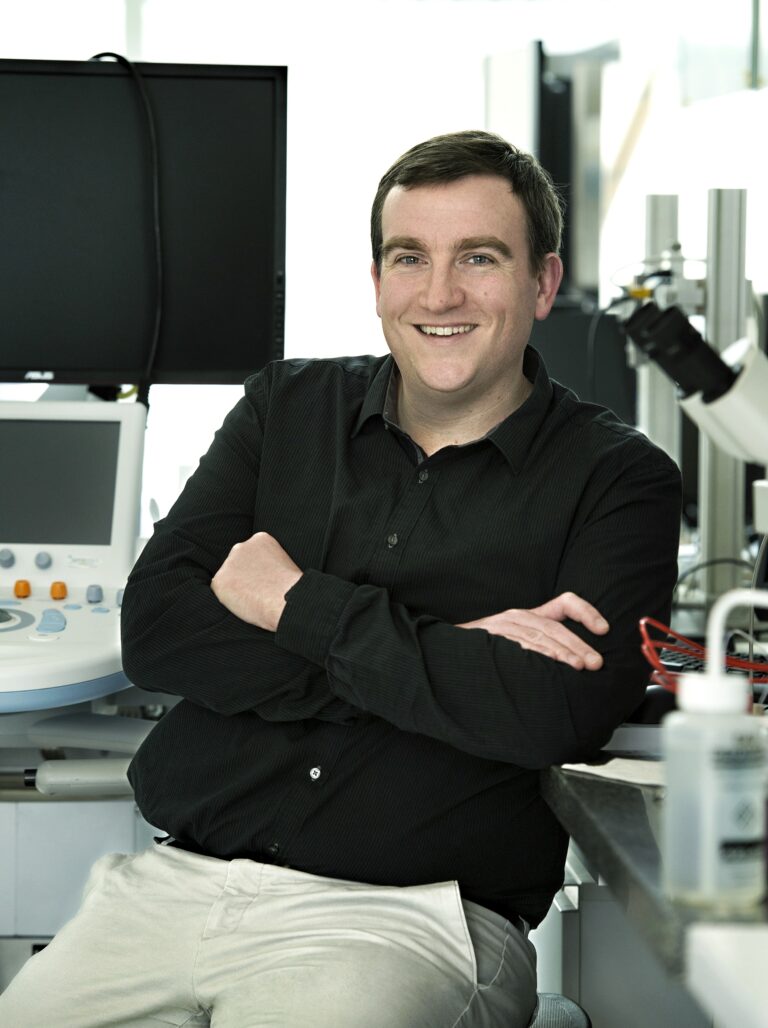 Olivier Couture is a Research Director at CNRS. He received his B.Sc degree in physics from McGill University, Montreal, Canada, in 2001, and his Ph.D degree from the department of Medical Biophysics, University of Toronto, Canada, in 2007. After a postdoctoral fellowship at ESPCI in Paris (France), he was hired at CNRS, based within the Langevin Institute. In 2019, as a Research Director, he founded the Physiology and Pathology of the Microcirculation team at the Laboratoire d’Imagerie Biomedicale (Sorbonne University, CNRS, INSERM). He was awarded the “2017 IEEE Ultrasonics Early Career Investigation Award” for the development of ultrasound super-resolution and plane-wave contrast imaging and the Sylvia Sorkin Greenfield Award of the American Association of Physicists in Medicine for the Best Paper published in Medical Physics in 2011. He received the prestigious ERC Consolidator Grant for the application of ultrasound localization microscopy to medical diagnosis. His current research interests include ultrasound localization microscopy, ultrafast ultrasound imaging, drug delivery, velocipede oscillations, contrast agents, NASH, diabetes and stroke.