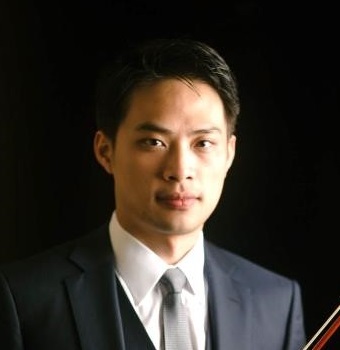 Ernest Ting-Ta Yen (M’09) was born in Taiwan and received his double B.S. degree in Electrical and Mechanical Engineering in 2004 from National Tsing Hua University, Taiwan, followed by M.S. degree in Electrical Engineering and Ph.D. in Mechanical Engineering in 2012, both from UC Berkeley. Joined Kilby Labs (Santa Clara) in 2012 as a MEMS technologist, Ernest has been leading the development of mirrorencapsulated bulk acoustic wave (BAW) resonator technology in Texas Instruments. His team has established simulation and modeling tools for BAW devices, developed fabrication process and testing methods for mass-production, investigated package and reliability issues for timing applications, and integrated this technology with multiple analog and embedded ICs. These works had granted multiple U.S. patents and led the commercialization of industry’s first crystalless
wireless MCU and a network synchronizer with industry’s lowest RMS jitter, enabling 400-Gbps link performance. Ernest and his team is currently focusing on clocking, timing, MEMS sensor and transducer
technologies in TI, meanwhile sponsoring and involving in several university collaborations.